If you select the Selfie Camera, the slider will appear on top of this phone. At the same time, the triple camera will move forward in front. Because of this technology, Samsung has been able to use the display without the front of the phone. At the same time, the Galaxy A80 will be able to pick up a better selfie because of the cellphone being taken by the phone’s triple rear camera. 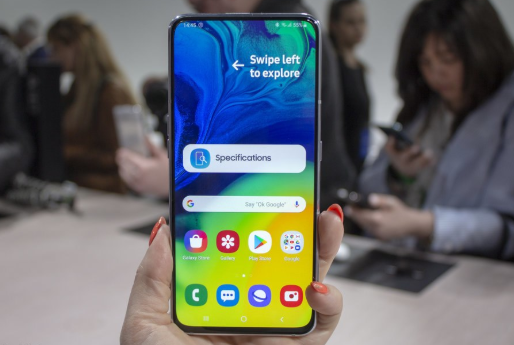 Dual SIM Samsung Galaxy A80 phone will run on the Android 9.0 Pie operating system, the company’s own One UI skin. This phone has a 6.7-inch FHD + Super AMOLED display. The Snapdragon 730G chipset is inside the phone. It comes with up to 8GB of RAM and up to 128GB of storage. The fingerprint sensor of the Galaxy A80 phone is at the bottom of the display. The Samsung Galaxy A80 is equipped with a 3,700mAh battery and 25W Fast Charge support.

Galaxy A80 to take photos, triple cameras in phone rotating cameras The same camera will work around 180 degrees rear camera and a Selfie camera. This camera has a 48 megapixel primary sensor. With 8 megapixels wide-angle camera and a 3D de-exposed sensor.

At launch, Samsung Galaxy A80 price is 649 Euro (about 50,500 Tk). This phone can be found in white, black and golden colors. From May 29, more than one Asian country, Australia, China, Europe, Hong Kong, Middle East, New Zealand, and Russia will be selling this phone. Samsung announces Galaxy A80 phone price in India.